Chinese New Year 2016 -Year of the Monkey The Monkey King Gifted with strength, speed, agility and supernatural powers through taoist martial arts. Known vastly for the part he played as a main character in the Chinese literature, Journey to the West, published in the 16th century during the Ming dynasty.  Monkey King's history is less told. He was born from stone, journeyed beside gods, accompanied Emperors, fought and defeated celestial warriors and was imprisoned by Buddha.  It was five centuries later the Monkey King heard about a pilgrimage to the west.  During this pilgrimage he would offer his services and protect a young monk along with other disciples in exchange for his freedom once completed. This ring is available now from the online store BUY NOW 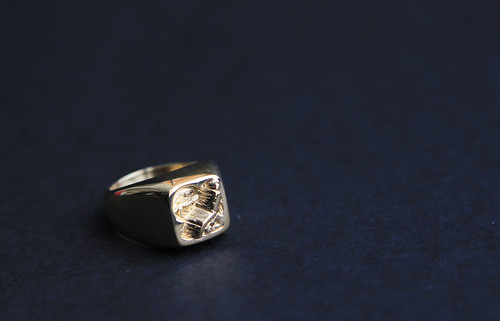 Mister Lui is proud to present a custom signet ring requested for commission by New Sense, Australian Hip Hop MC artist, as a gift.   The signet ring is a representation of the Broken Tooth Entertainment logo with a third dimension perspective. Sterling silver 9ct gold plated.